Modern slavery in logistics: it’s not just people in the back of vans

There’s a widespread misconception that modern slavery largely looks like a group of people in the back of a van being smuggled into the UK. 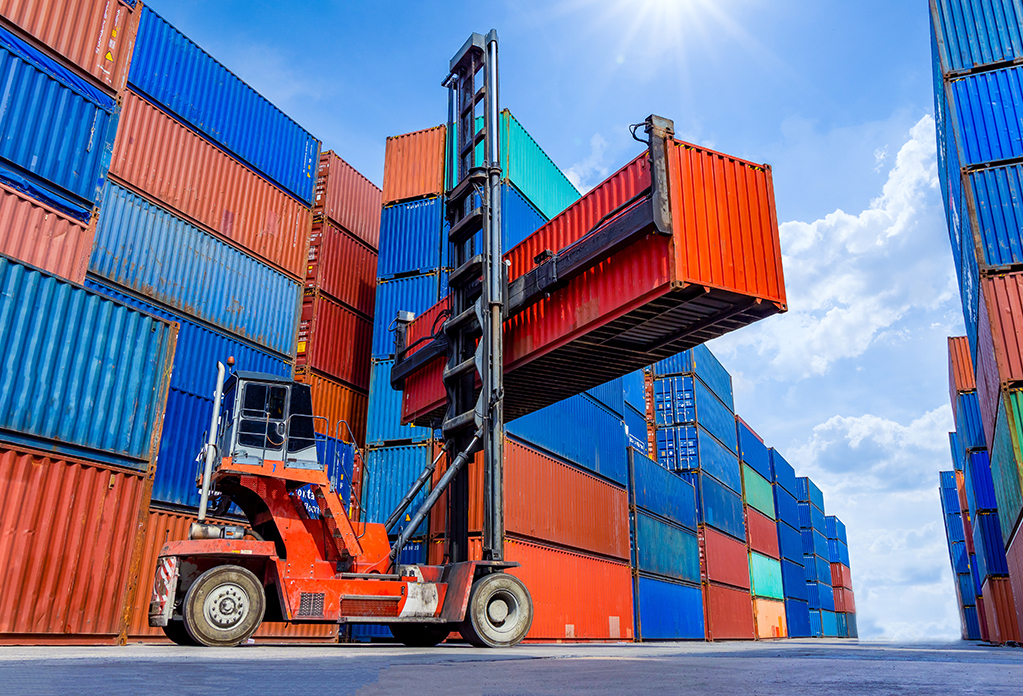 Smuggling may be one aspect of the journey for some destined for a life of exploitation, but thinking it is solely this undermines the complexity of the issue.

Modern slavery in logistics manifests in many different forms and perhaps isn’t always as obvious as you might think. Understanding what worker exploitation and modern slavery really looks like can help raise awareness and contribute to tackling the issue.

From the outside, modern slavery can sometimes look like nothing at all. It’s your everyday person working to earn a wage and pay their way. It’s the person doing a job that someone you know may do.

In logistics, the victim can be the person driving the lorry, the person preparing and packaging goods, loading the van or the lorry, or the courier.

It can be any person doing one of these jobs, but who gets exploited by someone for profit because of their vulnerabilities.

It’s people working in average, everyday roles and carrying out typical tasks – but their hours are often longer, they get paid much less, and they are being controlled and manipulated by an exploiter.

It could be the person delivering your parcel

For workers delivering parcels, these roles often entail a long list of drop offs that can be dispersed across the country, making an already tiresome job more so. If they fail to make all their deliveries, or complain, they risk losing their job.

Essentially, even the person turning up to your door to deliver a package could be a victim of modern slavery. 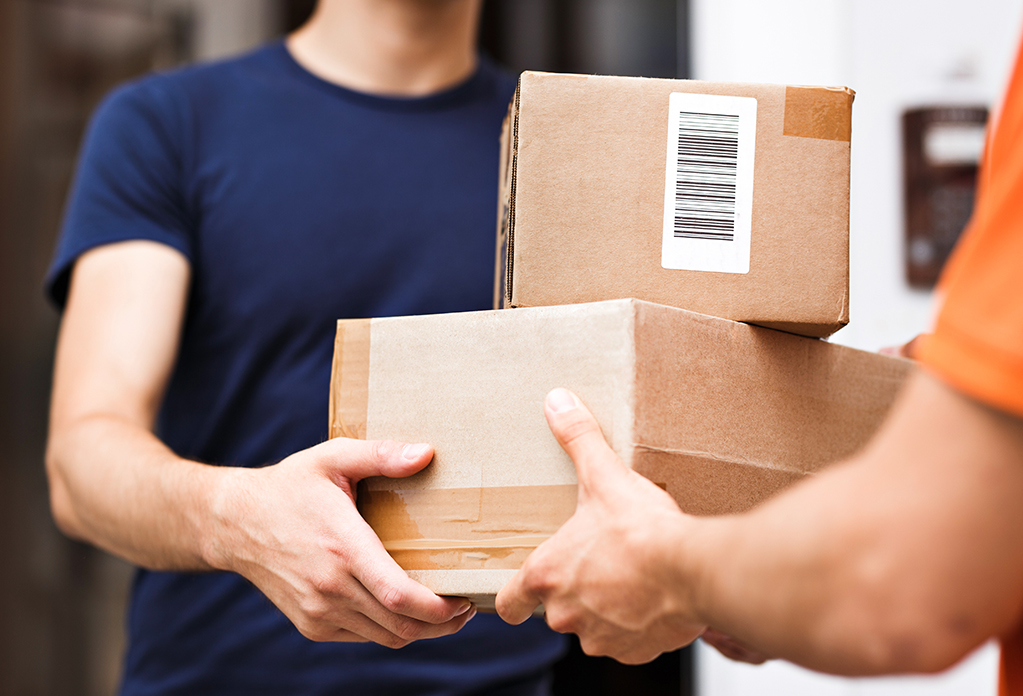 You can’t necessarily see someone working long hours. However, if you notice someone in your organisation who seems to be there all the time – perhaps they are there before you arrive and still working after you leave – then they could be subject to labour abuse or modern slavery.

A lot of individuals trapped in modern slavery in logistics can be working up to 14 hours a day, with their jobs being threatened if they refuse to work those hours. Not only is this kind of expectation unrealistic, but it can threaten lives, especially if employees are expected to drive or operate machinery whilst tired and overworked.

In addition, some workers don’t have access to their wages, and maybe a worker who rarely has any money, despite it being only a short time after pay day, could be a victim of labour or financial exploitation. 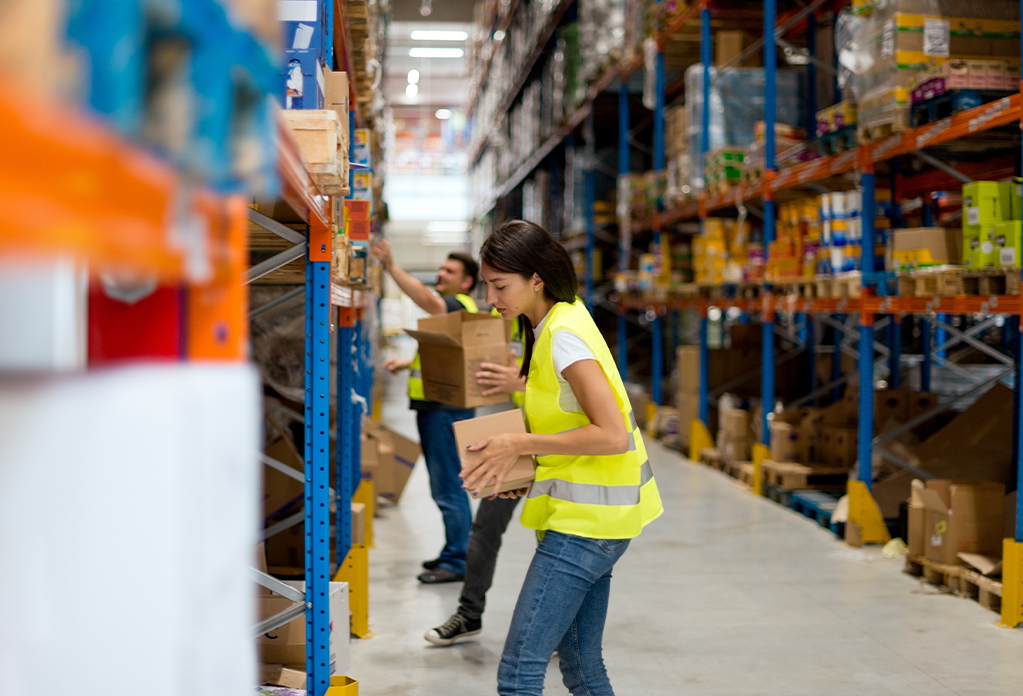 ‘Rogue’ supervisors or managers can infiltrate factories, distribution centres and other operations. It’s not unusual, especially in big warehouses, for rogue individuals – sometimes acting alone, or as part of a wider criminal ring to get jobs in order to control the workers and charge them fees to keep their job.

This situation can happen when the right checks are not in place. You may find a ‘rogue’ supervisor or manager will charge an individual to get a job, or maintain a job, and then exert some form of control over them to keep them there.

How can you spot and eliminate rogue infiltrators? Firstly, undertake identity checks. Get to know your workforce and ensure you carry out the correct checks throughout their hiring process and employment. Ask your workers about how they got the job and make sure you engage with all workers regularly to prevent situations from manifesting.

You can’t always identify someone subject to modern slavery just by observing their actions or behaviours. We might imagine how it looks, but the reality isn’t quite the same. Modern slavery entails a lot of ‘invisible’ factors.

Psychological control is a huge component of modern slavery and often a tipping factor which distinguishes labour abuse from modern slavery. Victims are controlled, usually not just within work, but also in other aspects of their life.

For example, the people or gangs involved in exploiting workers might provide accommodation for them, and charge extortionate rents, or charge them for transport to and from work, leaving them with little money from their wages.

Getting to know the depths of modern slavery can help you better spot the signs and help those who may be being exploited.

Find out more on spotting the signs of modern slavery.

A link in the chain

One of the main aspects of logistics that makes it vulnerable to cases of modern slavery is extensive supply chains. From product sourcing to packaging, to distribution, there’s a long line of people involved in every aspect of the operation.

Modern slavery can find its way into any pocket of this supply chain, it is one link in a much bigger chain. At Unseen, we see cases of modern slavery manifesting in various roles. Understanding this can ensure that our time and focus is spent in the right areas.

From product sourcing right to delivery, there’s no worker or job role that isn’t at risk, especially so in sectors with transient workforces such as logistics, warehouse distribution and transportation. 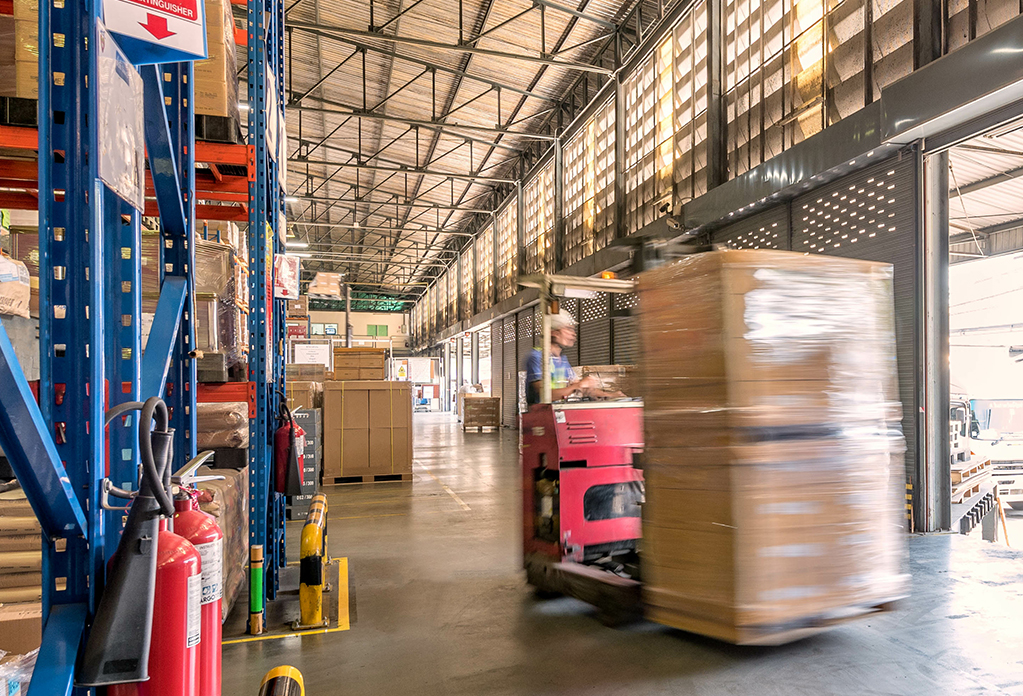 There are a lot of stereotypes that surround modern slavery. Alongside the images of people being hidden in the back of vans, it’s something that’s thought to happen in other countries and only in particular jobs. Modern slavery does happen in the UK, covering all police force areas, with Unseen receiving a total of 8,488 contacts (calls, web forms and app submissions) from these areas in 2021.

Victims of this heinous crime clean residential buildings, produce our clothes, work on construction sites, in finance, or in retail as well as delivering our parcels.

An enslaved person is anyone forced to work against their will, someone being controlled by an ‘employer’ or rogue individual/organisation. It’s someone who has limited freedom and is treated as a commodity for the benefit of others.

It’s time to realise the reality of modern slavery in this age, in the society we live in. It is not to be ignored.

Could your business be at risk? Get in touch with Unseen Business today, we can help you risk assess, remediate and build a resilient anti-slavery strategy that will help you to continuously improve.

Festive demand for more products and people, plus the strain on delivery services, can increase the risk of worker exploitation

big give christmas appeal: double your donation for free

Make a donation to Unseen’s Helpline this Christmas and for one week only your gift will be doubled at no extra cost to you.

Climate change and modern slavery – how they are related

There’s a powerful connection between climate change and modern slavery. Read these leading reports on climate-induced migration and human trafficking